In the Centennial Footsteps of the Great War

Throughout history, all wars have been given names. But not the one to which Attila Szalay-Berzeviczy's two-volume book is dedicated. It was simply called the Great War. The events of 1914–1918, also referred to as the First World War or World War One, and the sacrifices made by our forebears a century ago should always be remembered because peace can never be taken for granted. Understanding the reasons, circumstances, and the consequences of the First World War will help us to prevent the Third World War.

The Great War changed the world forever and shaped the twentieth century. It marked the twilight of the British and French colonial empires, and signalled the emergence of Australia, New Zealand, Canada, Ireland and Poland as new sovereign states; brought about the end of the German, Austro-Hungarian, Russian and Ottoman monarchies; and propelled the United States of America to the status of global  power. The Great War resulted in the establishment of the Soviet Union, Yugoslavia, Czechoslovakia and an enlarged Romania, along with new countries in a reshaped Middle East, and set the stage for an even more devastating war some twenty years later by fomenting a brutal struggle between capitalism, fascism and communism. After these epic changes, it is no surprise that one hundred years later, the legacy of the Great War is still part of our everyday lives.

The two-volume book chronicles and explains the historical events of the Great War through photos taken by the author one hundred years later, between 2014 and 2021, in each and every theatre of this global conflict. Beginning in Sarajevo, continuing through the battlefields of Europe, Africa, the Middle East and the Pacific, all the way to Versailles, the book covers a total of 57 different countries. 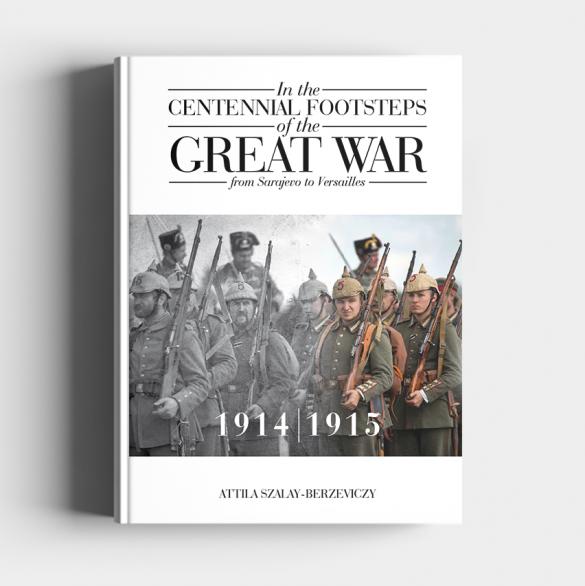 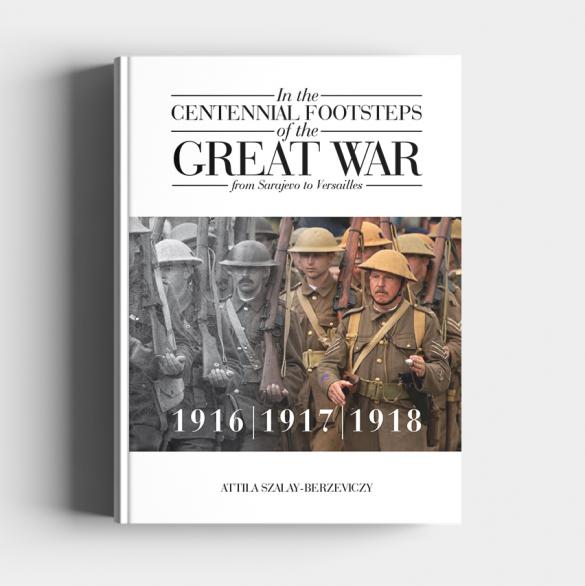 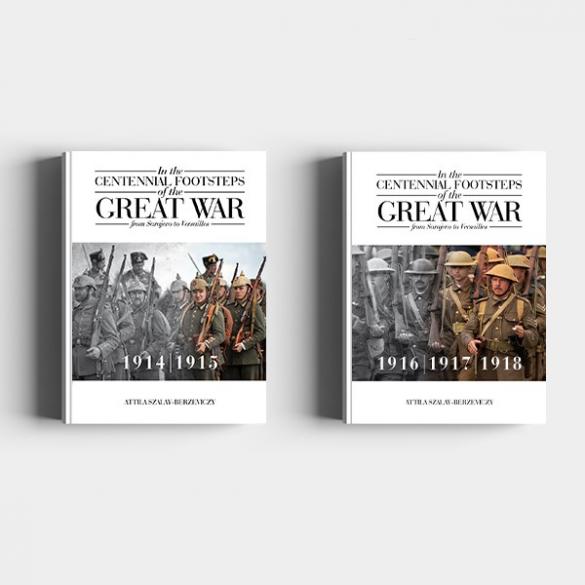 As a photographer, Attila Szalay-Berzeviczy knows that nothing expresses itself quite like a finely crafted photography book. The devastating events of the Great War had been captured in myriad photographs as they occurred. Since then, thousands of books have been published using these black-and-white photographs to depict the carnage. He thus decided to work on a two-volume book on the occasion of the 100th anniversary of the First World War that is not only very different from anything that has been published before in terms of its content, but also unrepeatable. To achieve his goal, the author embarked on an eight-year-long journey in 2014, mirroring the events of war as they had unfolded one hundred years earlier. Following in the footsteps of the Great War with his Nikon D4 and D5 cameras, he set about photographing the centennial commemorations, the war memorials, the battlefield monuments, the military cemeteries and the battle re-enactments around the world in weather conditions that were the same as a hundred years earlier. He travelled many thousands of miles – by airplane, by car, by ship and on foot – spanning the entire theatre of this truly global war. Attila's photography also came to rely heavily on the passionate work of local re-enactors who, dressed impeccably in historical costumes, played their roles with the utmost dedication out of respect for those who fought in the Great War. Their enthusiastic commitment helped him evoke the spirit of the past in his photos. Without their contribution, he would not have been able to take you back to 1914–1918. 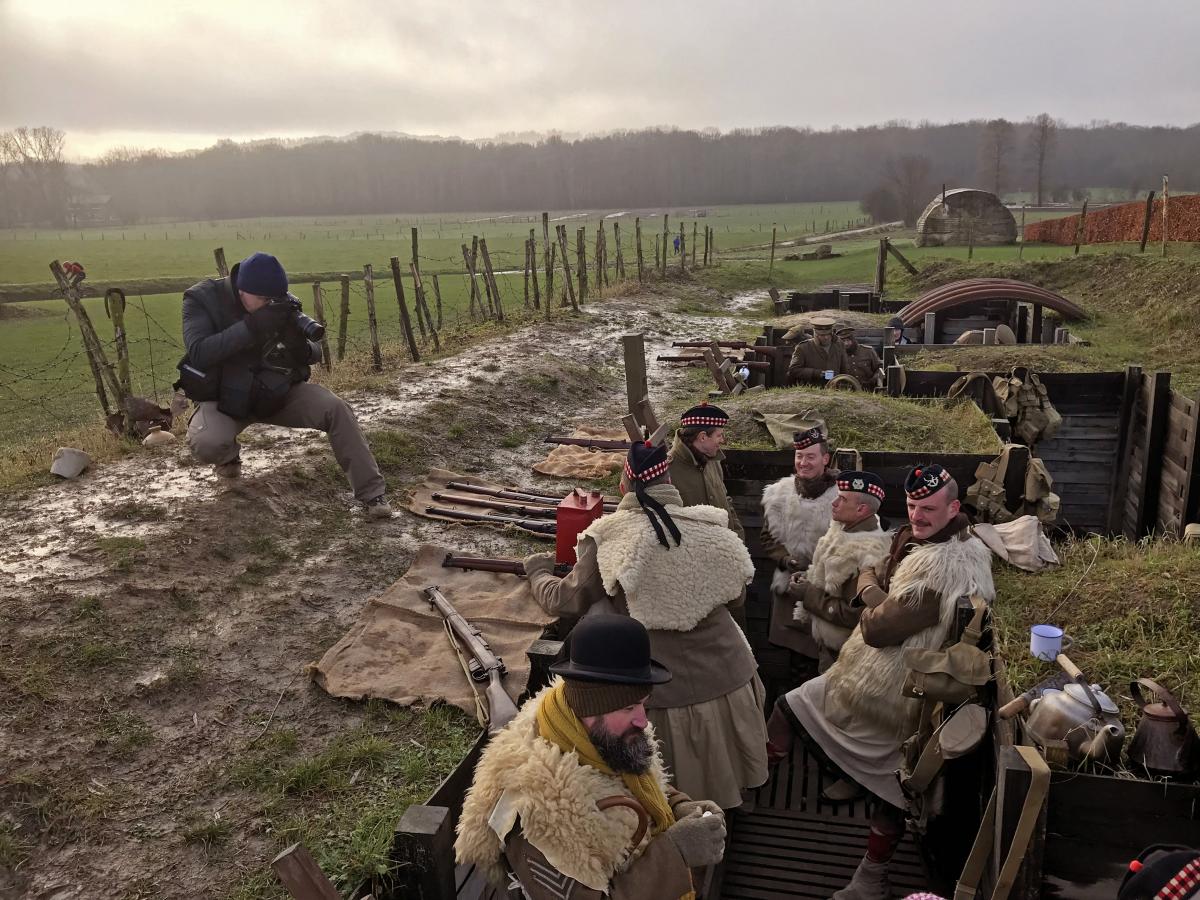 Attila Szalay-Berzeviczy is a noted Hungarian economist and a banking and capital markets executive with over 30 years of experience in Austria and Central-Eastern Europe. Between 2004 and 2008, he served as the president of the Budapest Stock Exchange and is a proud recipient of the Knight’s Cross Order of the Republic of Hungary, awarded to him in recognition of his contribution to the development of the Hungarian securities market and pension system.

As an amateur historian, Attila has been studying the 1914–1918 period since he learned of the involvement of his great-great-grandfather, Albert Berzeviczy, and that of his cousin, Béla Berzeviczy, in the Great War. Albert served as the president of the Hungarian Academy of Science during the war. He was a close friend of Prime Minister István Tisza and a loyal supporter of Emperor Franz Josef, and he strongly and publicly opposed the declaration of war on Serbia, fearing that it would lead to the disintegration of the Austro-Hungarian Empire. Béla was a high ranking officer in the Dual Monarchy's Army, leading various cavalry and infantry army units into battle on the Russian, Italian and Romanian Fronts from the first day of the war until the very end, before being appointed Chief of the General Staff of the Hungarian Royal Honvéd Army in March 1920.

Since 2012, as a professional photographer, he and his company — Historical Military Photos — have been producing First and Second World War-related photographic images for — among others — the French company, the Beaches of Normandy Tours. In 2014, on the eve of the centenary of the start of the Great War, he began to work on his book: In the Centennial Footsteps of the Great War. 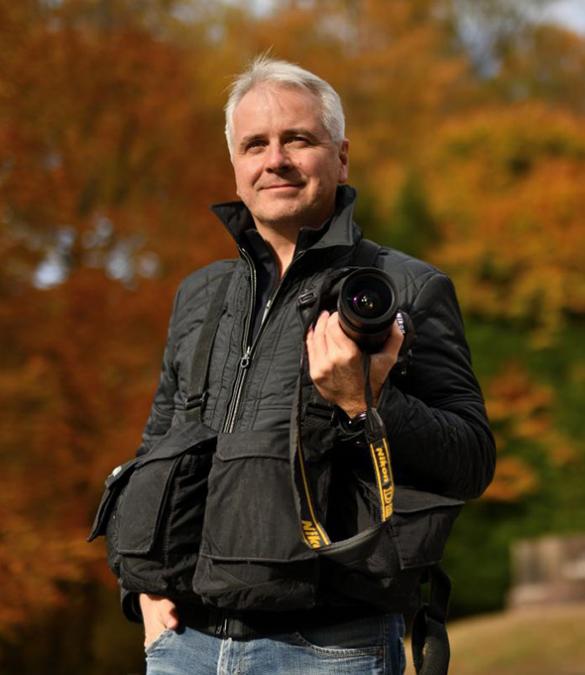 Donation to the Western Front Association

From every copy sold in the United Kingdom, Ireland, Canada, Australia and New Zealand two pounds will go to the Western Front Association formed as a charity in 1980 with the purpose of furthering interest in the history of the First World War of 1914–1918. The generous donation will be used in the educational work of the Association to perpetuate the memory, courage and comradeship of all those who served, on all sides, across all theatres and fronts, on land, at sea, in the air and at home, during the Great War. The Western Front Association strives to offer everyone opportunities to learn, share, explore and exchange information and knowledge of the First World War.  Website 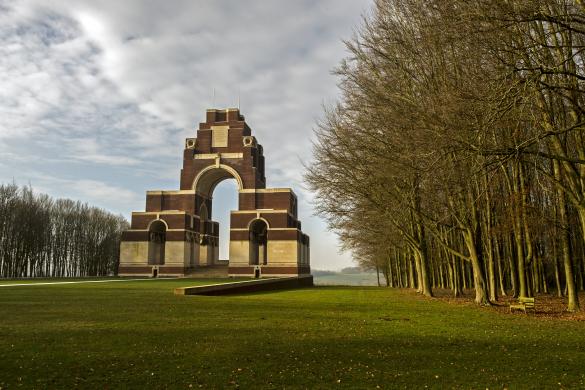 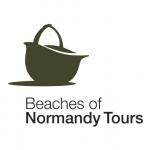 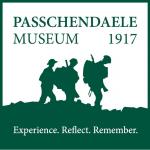 The book has been added to the cart
VIEW CART
HIBA! A rendelést NEM sikerült kosárba helyezni!